Diary of a somebody - Frank Simpson's war diary part 7

Frank Simpson (1863-1942) was a prominent figure within his native city of Chester. During the First World War he was Quartermaster of the Chester Volunteers formed for home defence in 1914. One of our volunteers has begun to serialise his diaries. Our seventh installment looks at the fall out from the recruitment incident we learnt about in part 6. 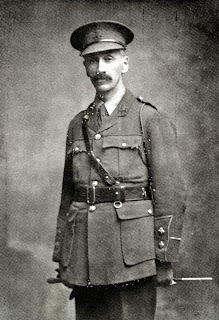 I met, during the day, inspector Wymme, and he informed me that he had made a report to the Chief-Constable (of what took place last night) and that the chief had informed the Major, who had communicated with General McKinnon, and had also forwarded a copy to Lord Kitchener. During the day arrangements had been made so that the recruits that night would have the use of the Northgate skating rink, which they did. This skating rink, not being used, should have been requisitioned earlier; this would have saved much unpleasantness.

The City magistrates having passed an order that all public houses and hotels close at 9pm and not open before 9am. It was enforced for the first time this Saturday evening. The various clubs are included in this order as far as intoxicating drunks are concerned. Colonel Neville, now in charge at the castle, has issued an order that any publican supplying drink to a soldier in uniform before 12 noon, or after 9pm the house will be put out of bounds.

Today Monday 1300 men headed by two bands came by rail to Chester and marched through the streets to the castle where they all enlisted in Kitchener’s army. The men came from Port Sunlight, Wallasey, and Ellesmere Port. Sir William Lever, and Mr Gershom Stewart, M.P. for Wirral, led the contingent. General Mackinnon addressed the men upon their arrival in the castle square.
(Side note – “These men eventually became the 13th Battalion”).
Posted by CheshireRO at 14:21